Moosehead & Cox were two most popular stories of 2016

The single best day was June 1st. The story that day was “Moosehead Should be at the Head of King Street #91king” with 6,679 views. UPDATE: Unfortunately, as most of you have heard Moosehead’s subsequent plans to build on the waterfront have been shelved. Maybe that means that they will reconsider #91king!  If you missed the original story you can find it HERE

My next most-read story of 2016 was on April 27th and it was “Cox Electronic Winding Down Retail Business” with 5,298 views. UPDATE: The story said that the store would be open until the end of 2016 but wound up closing several weeks earlier. This showcase property is for sale or lease. Did you miss the story in April? You can read it HERE

Where do you think these “views” come from? Canada and the US rank 1 & 2 but would you have guessed that France is 3rd? Next come South Korea & Barbados. See chart to the right for the top 10 countries of original of traffic to www.SJcommercialRE.com

Thanks again for visiting and a big shout to www.huddle.today for picking up several of my stories in 2016. I’m looking forward to 2017 and what the Saint John Commercial Real Estate market has in store. Don’t forget to follow me on Twitter @steffturner

A few interesting stats from my 2014 http://sjcommercialre.com blog review. 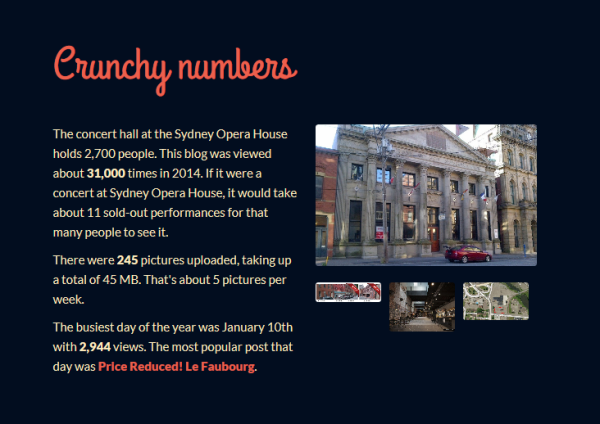