Canadian Nuclear Partners (CNP), a wholly-owned subsidiary of Ontario Power Generation, was established in 2012 and has grown into a well-respected service provider offering inspection, engineering, asset management, training and consulting services to clients in the power generating sector. With much success in Ontario, CNP has expanded their operations to Saint John, New Brunswick. The new office in Saint John is a welcome addition to the CNP network as it continues to create strong partnerships with various stakeholders in the region. 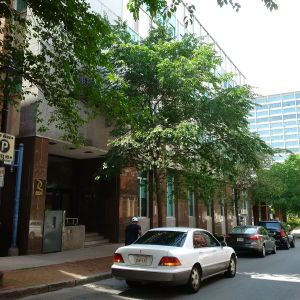 For CNP’s Vice President, Jason Van Wart, it is an exciting time as he was born and raised in Saint John and looks forward to contributing to the community that was so instrumental to his upbringing. “It is an exciting time for CNP. We are growing on a national and international level. Having an office in Saint John is a wonderful opportunity to give back to the very community that has been an important part of our business and build new opportunities for the future.”

CNP looks forward to delivering on its key values of safety, integrity and excellence to the energy community in New Brunswick.

Stephanie Turner, Partners Global, represented both the Landlord and Tenant in this commercial leasing transaction