AUGUST, 2018. The old adage that location is key still hold true. With the recent announcement of the new museum on the Saint John waterfront, 75 Prince William Street has it in spades.

According to the CBC story “The “landmark” four-storey, 120,000 square foot building [museum] is intended to present a glass and terra cotta front on two sides facing the harbour and Market Square, and a more traditional look toward the uptown.”

The story goes on to say “The museum is intended to be the first piece for the long anticipated Fundy Quay development, which could someday include residential and commercial projects on the waterfront next to Market Square.” 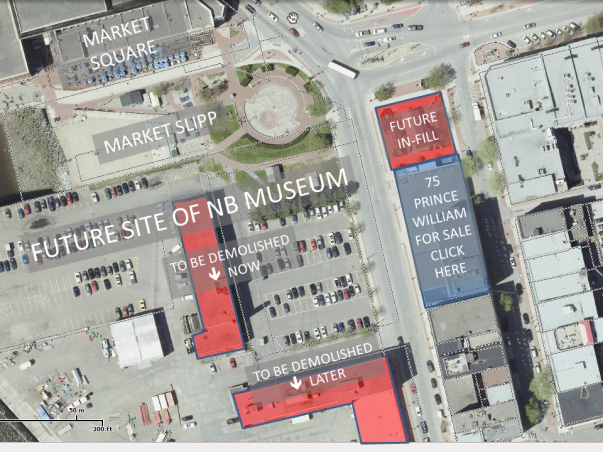